Direct Access also known as Unified Remote Access, is a VPN-like technology that provides intranet connectivity to client computers when they are connected to the internet.

Direct Access clients are designed to connect automatically as soon as the computer connects to the Internet, initiating a VPN if the client detects that its not connecting from within the network. 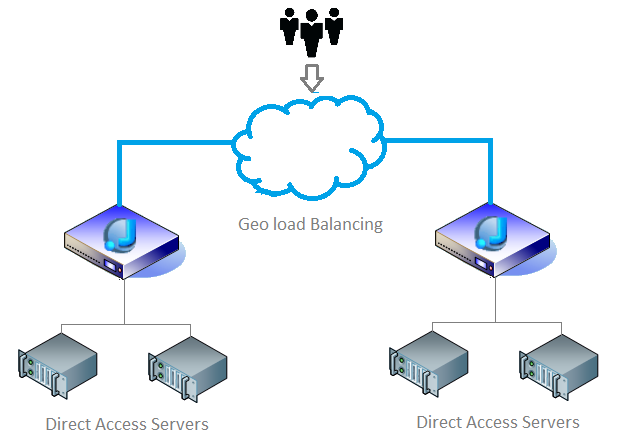 Remote access is vital to organisations of any size and any level of downtime is not acceptable.

The jetNEXUS GSLB Global Server load Balancer can load balance client connections to the datacenter using multiple methods such as:

By configuring the jetNEXUS load balancer to respond to NLS requests the Client will know whether its on the local network or not without the administrator having to provision a separate NLS server.